Hello,
I am currently working with the beaglebone black running on board eMMC flash with Debian. I have encountered a problem with the beaglebone resetting randomly when running programs and then wiping the program(only because the program is not running on boot). I am using an adafruit proto-cape as well to run several different sensors and motors simultaneously. I am also using an external battery (2500ma 3.3V) along with the adafruit power booster to supply 3.3V and 5V to the beaglebone and sensors ect. I’ve checked the circuitry and it doesn’t seem like anything is shorting. I attached LEDs to 3V to grounds and 5V to ground with resistors to see if the board is shorting, which it isn’t. The beaglebone will just reset at random times. So I’m confused as to what could be causing the reset. Is this a problem that others have had? I have attached a basic picture of the current circuitry. If anymore information is needed to helped narrow down the problem just let my know. Thanks in advice 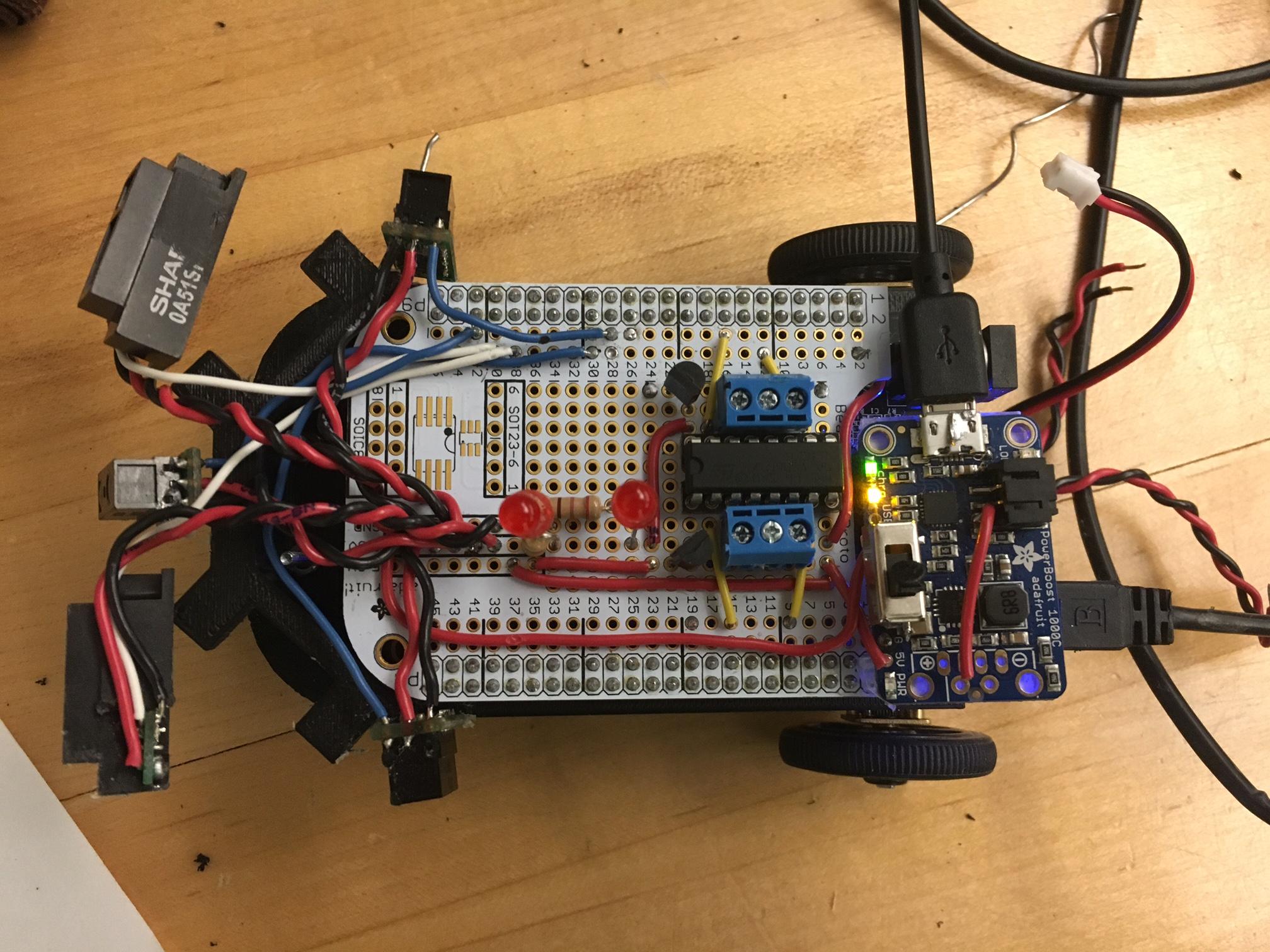 supply 3.3v to the beaglebone?

you are only supposed to supply 5v to the beaglebone

i would look there for starters

Motors and relays can generate a lot of electrical noise and spikes, that could easily cause the BBB to crash.

You need to isolate the BBB power system from the power system driving the motors in particular, and from the rest of your “thing” in general.

I don’t see any big capacitors in the photo to help with current surges, spikes, electrical noise.