can you please write up week 3 and 4 as well.

Praveen, please reply soon because mid-terms are next week and that could result in not passing.

Due to high fever I couldn't be there for the weekly meeting. I'm
posting the status updates below.

I was attending a conference abroad and not much progress has been made.

Accomplished:
- Fixed the usb_control_msg returns error code -110 issue
- The device is now set to ADK mode from the Kernel space.
- Probing and reprobing - On connection probing happens and issues
commands to put the device in ADK mode. Device disconnects by itself
and reattaches in ADK mode. Probing happens again but a different set
of tasks are done this time.
- Registering device on /dev/* for further communication with the device.
- Some reading on the kernel framebuffer and DisplayLink driver udlfb.
- Extracted a framebuffer from /dev/fb0 - more about this in issues
- Testing accessory setup in ADB+ADK mode. (So far all accessory setup
was in ADK mode only). More in issues.
- Initialized the Android repo. Testing is still done on a different
project (not yet pushed to github). Lack of ADB while in ADK mode is a
big pain as of now.

Issues:
- Not able to interpret the format of frame extracted from /dev/fb0.
Will be using DisplayLink instead.
- Although the device is now attached in ADB+ADK mode, eclipse logcat
shows device disconnected. No success on ADB while device in ADK mode
yet.
- When the accessory setup is done in kernel space, even though the
identifiers are right, the corresponding accessory app doesn't show by
itself (unlike in userspace ADK setup).

- Completing kernelspace-java communication. Should be able to send
data over bulk, receive it in the app and show the data on UI.

- Try to have ADB log running while in ADK mode.

In short, the driver to device communication is now ready

PS: If you are wondering about the week numbering, week 4 report is of week 5. I wasn’t around for weeks 3 & 4 - sorry but I’m catching up

- Framebuffer: Added android device as DisplayLink device for
Framebuffer. Probing works now, only on the interface of interest - No
duplicate probing issue.

- Framebuffer: Logged raw initialization sequence data sent by the
framebuffer to DisplayLink devices on the Android device. Will be
analyzing this for future work. Can be seen in the image attached.

Issues:
- FB data interpretation: The meaning of the initialization sequence
data from framebuffer is not clear. Also the encoding of the data
might be needed. Not sure if it is UTF8 encoded right now.

- FB Triggers: It is unclear as of yet if there is a need for another
module or userspace code which should be issuing the triggers for
sending updated frames from udlfb driver. Right now the driver isn't
doing any work after the probe function.

- Android app: A couple of FCs when the device is detached from ADK
mode. Should not be a big issue. Can be fixed easily.

Plans for next week:
- Interpretation of the data sent from the FB driver in the
initialization sequence only if that happens to affect the working of
a basic version.

- Finding out how the continuous frame updation part works in the
driver. May be a need for external module?

- If the above two goes well, try to interpret the frame data and see
if we can get an image on the Android device. udlfb uses run length
encoding on the frame data sent to a DisplayLink device.

This report is also available with updates through the week at
http://blog.praveenkumar.co.in/2014/05/beagle-gsoc-progress-tracking.html 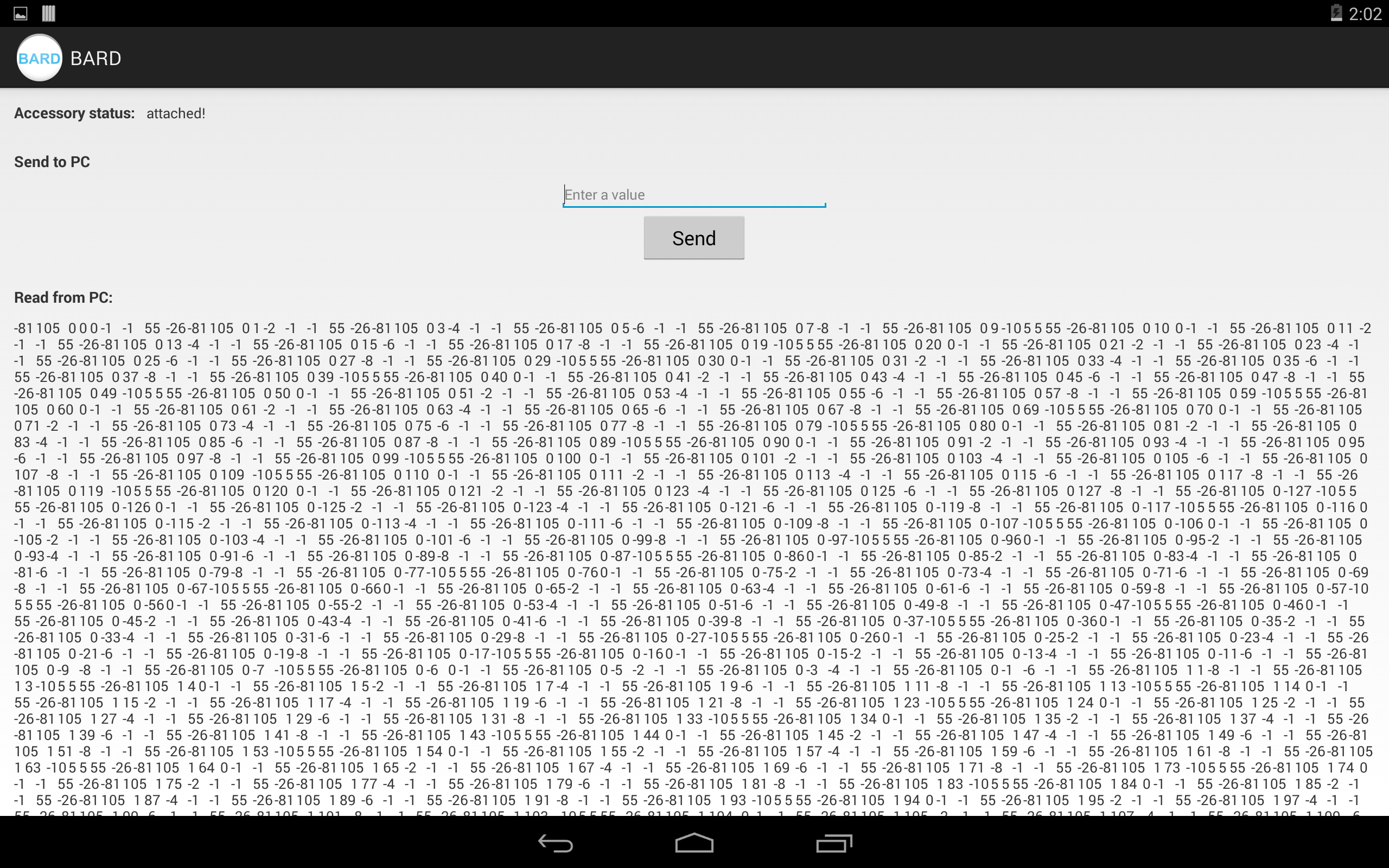 This report is also available with updates through the week at
http://blog.praveenkumar.co.in/2014/05/beagle-gsoc-progress-tracking.html 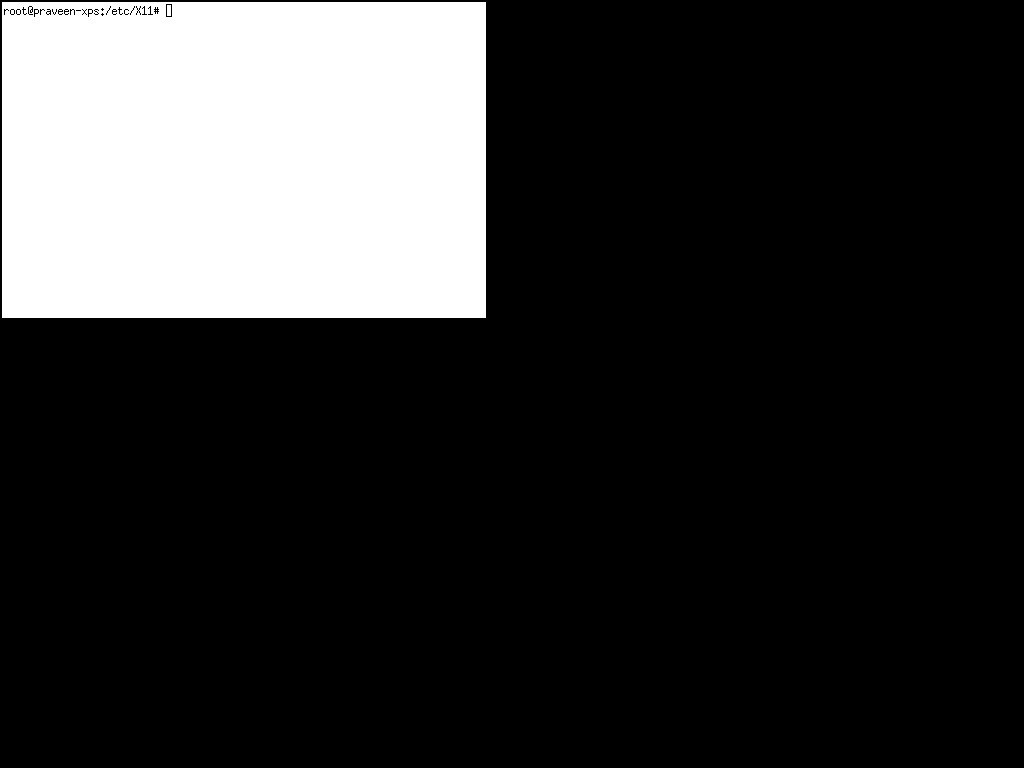 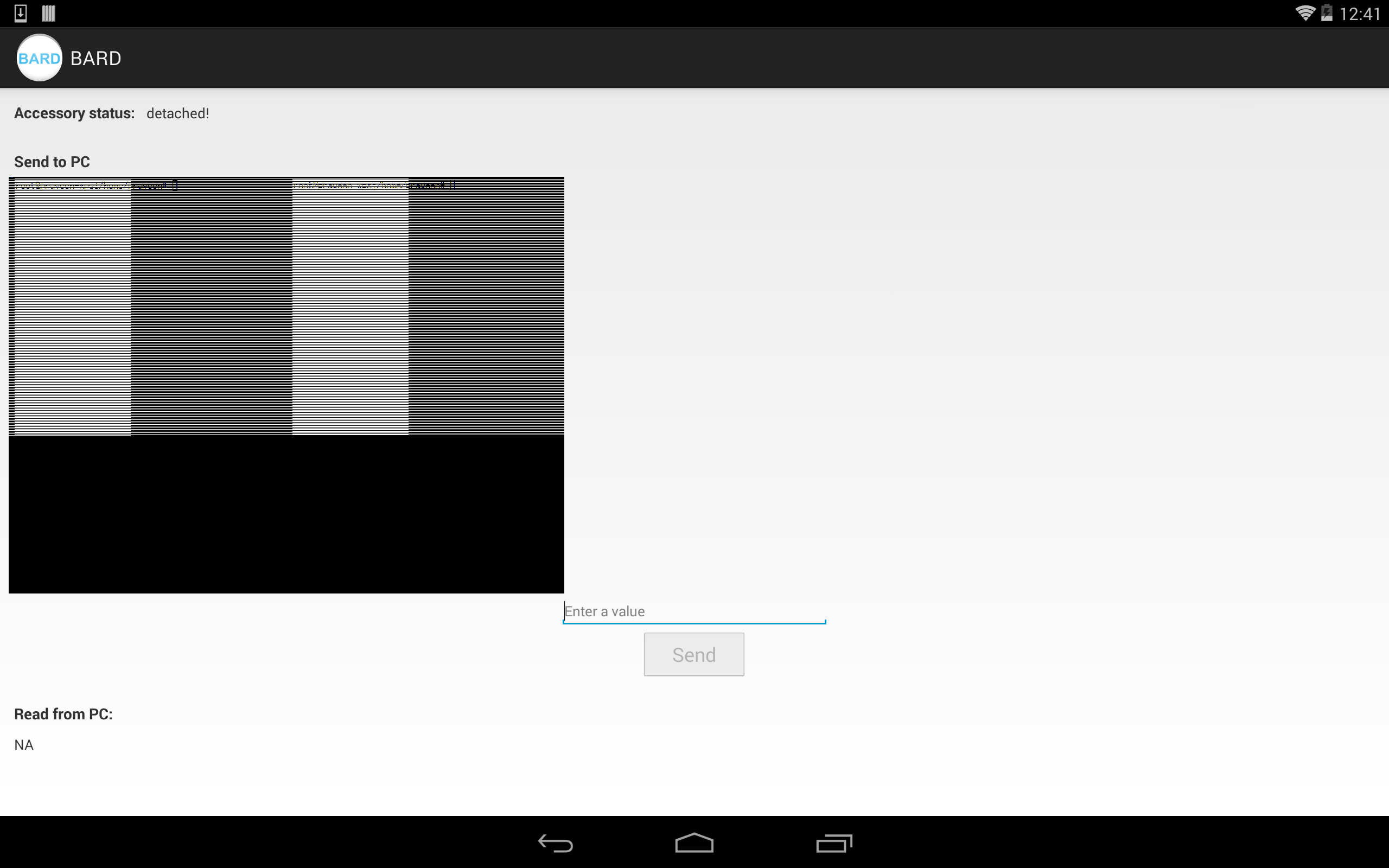 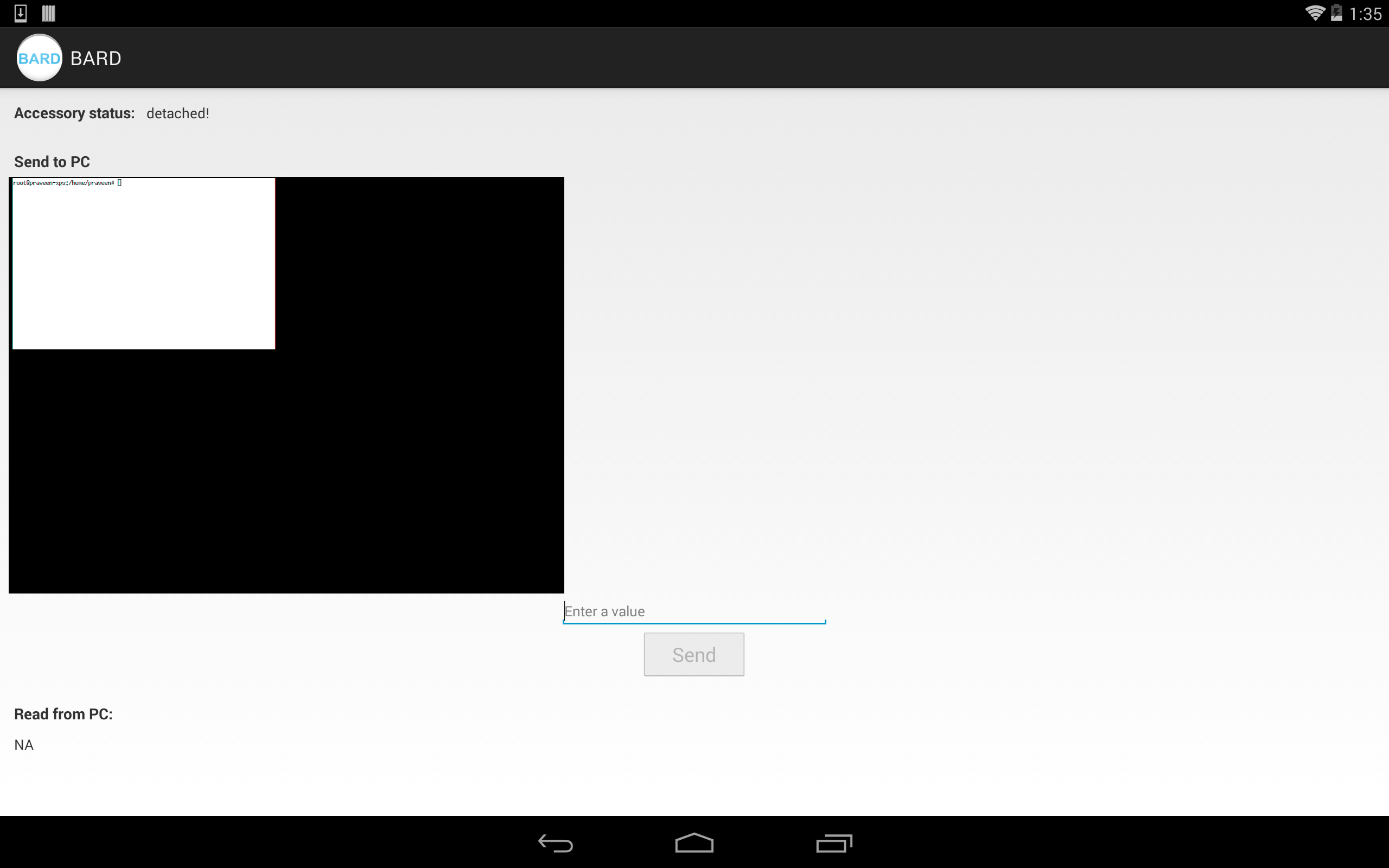 This report is also available with updates through the week at,
http://blog.praveenkumar.co.in/2014/05/beagle-gsoc-progress-tracking.html 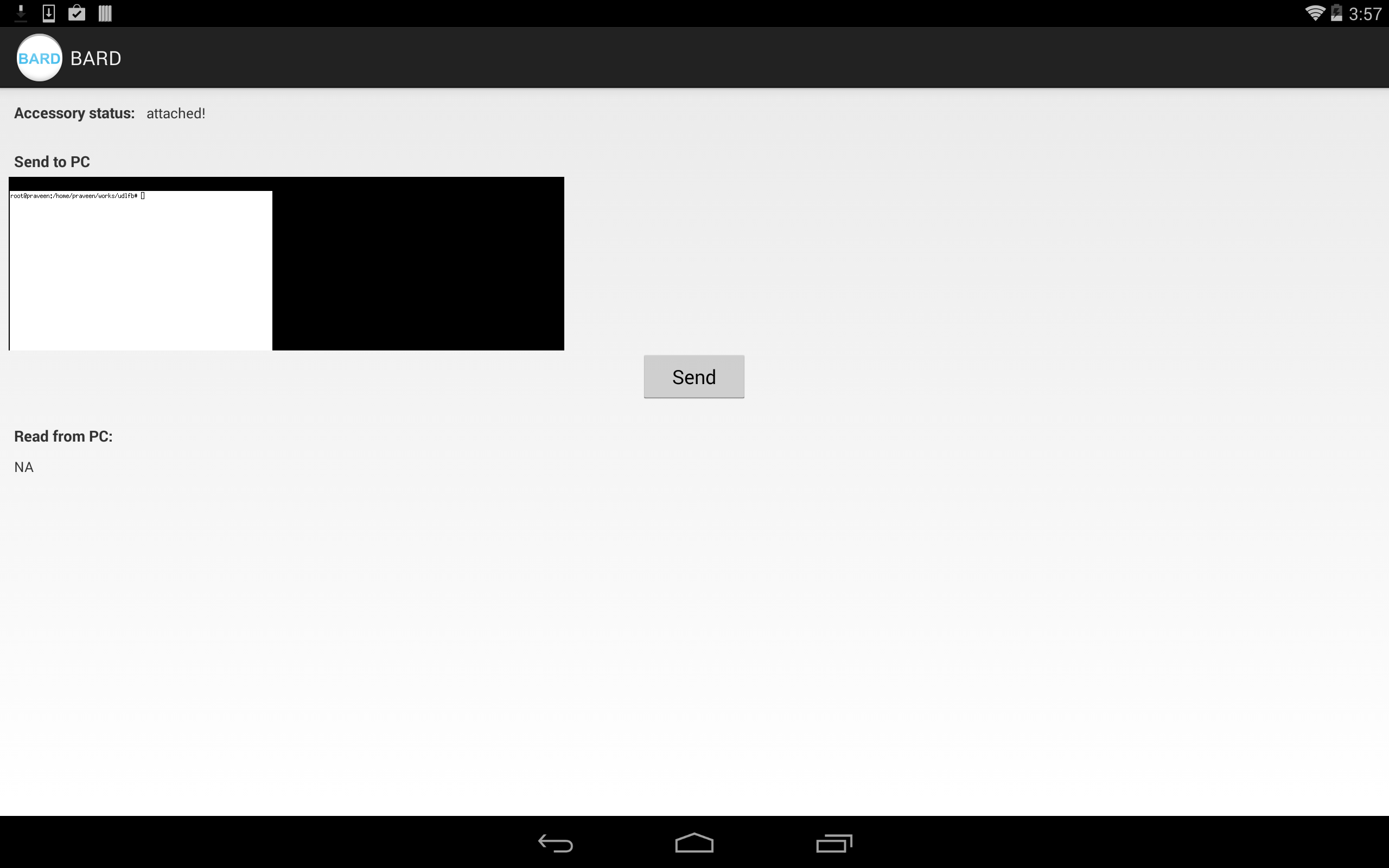 Note: My net connection so bad that I have to use basic html version
of gmail. For a well formatted version of the report, please refer:

Issues:
-- Bone: Even after disconnecting the device and stopping the
xsession, there are continuous calls to damage handle. This is
preventing the unloading of the udlfb module from kernel. rmmode gives
module busy error. However, the driver works on reattaching device at
this stage.

Plans for next week:
-- Framebuffer: Will integrate compression. Standalone tests were
already done however integrating into driver requires some corner case
considerations.
-- Framebuffer: Code cleanup. There are many unused functions and
operations which came with udlfb but were replaced, commented out or
never reached
-- Android: Code cleanup. Reorganise code to decrease workload in USB
reader thread with seperate threads for decompress and UI updates.