Hi. I’m trying to remove the BeagleBoneBlack USB driver from Windows 7 as I believe it is conflicting with a backup drive I have. I’ve searched for a way to do this but am not finding answers. Does anyone know how to do this?

First, you may, or may not need to be running in safe mode. This part is unclear to me with Windows 7, but with WinXP this was all but a requirement. I always just remove drivers from Win7 in safe mode anyway . . .

Second, you will likely have to do this with the board unplugged. Then once in device manager you would have to use view->show hidden devices. Then uninstall the device driver once found. Right click → uninstall etc. Typically, device driver installers have an uninstall executable as well. But unless things have changed recently, this driver does not have one.

Lastly, I’m unsure how to approach the potential conflict problem. But I would probably start by making sure the backup drive was disconnected, and that you have drivers handy for it if needed. It’s kind of hard for me to understand how that could happen, but in 3-4 years of using Windows 7 x64 . . . I’ve yet to run into a similar problem. Not saying it isn’t possible though, just that I’ve not had the need to look into such a situation. 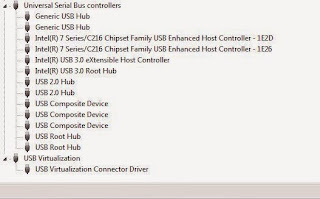 Thank you for your response.I looked in the device manager tree showing hidden devices and I’m not seeing anything that would give me a hint that it’s the Beaglebone black driver. Thoughts on what it may be called?

I’m thinking it may be a conflict because my backup drive is USB and the back up dashboard no longer sees the drive even though Windows does.

It’s been a while since I’ve done this myself. But I believe the driver is not listed under the “USB” subsection. Try looking at the other subsections and see if you can spot it.

Thanks William!
BTW, I was able to use my backup drive. Not sure what the original issue was. Obviously, not a USB driver issue. Thanks again for your help!

Not sure what the original issue was. Obviously, not a USB driver issue. Thanks again for your help!

One thing Windows does terribly is how it handles driver enumeration. For example, if you use multiple USB<->Serial interfaces. Windows creates a separate device instance for each ID. Regardless how many you actually have in use at one time, and regardless if it is the same exact device with a different ID or not . . .

Most people using windows will probably notice this first, when creating multiple ethernet interfaces. Whether virtual or not, they never seem to go away . . .and after a while Windows just looses it’s brain. What little it had to begin with.