I have a device plugged in via GPIO to the following gpio pins:

If my device is connected at boot, the BB will not boot.

I am booting from eMMC. Any idea why this is occurring? I am using the attached custom overlay which is essentially the univ-emmc overlay with some modifications on GPIOs not listed above.

Yep, you are changing the boot mode of the processor. A big no no.

Thanks for pointing me to that information but I don’t see where I am utilizing one of the 16 boot pins on the expansion header.

Also, my external device that is connected to the GPIO listed above is not powered up at boot.

Am I missing another key point in the reference you pointed me to?

Yes. And sys_reset_n is just a RC-delayed version of the 3V3 supply. It is not debounced

if activated by the reset switch and rises slowly in the classic 1-e-function style.

You need a Schmidt-trigger if you want to use it as a logic signal.

I found that I had to use an 74LVC244 for isolation; the 3stated pins of a

When sys_reset_n goes away, the processor just starts; it has not yet made up

its mind where to boot from.

It just take on boot pin to mess up the boot process. If it is not powered on it still presents a load. It still affects the boot pins.

Key point…DO NOT PUT ANYTHNING on GPIO pins that share the boot function on power up.

But which gpio am I using that is a boot pin? In the reference manual, the 16 boot pins are on the P8 header... I'm using gpios on the P9 header.

Does anything show up over serial when it's plugged in? And what shows up?

Then there must me somethig else at play here. Without a schematic, kind of hard to tell.

Looks like you may be conflicted with the eMMC pins, which also go to the expansion headers. 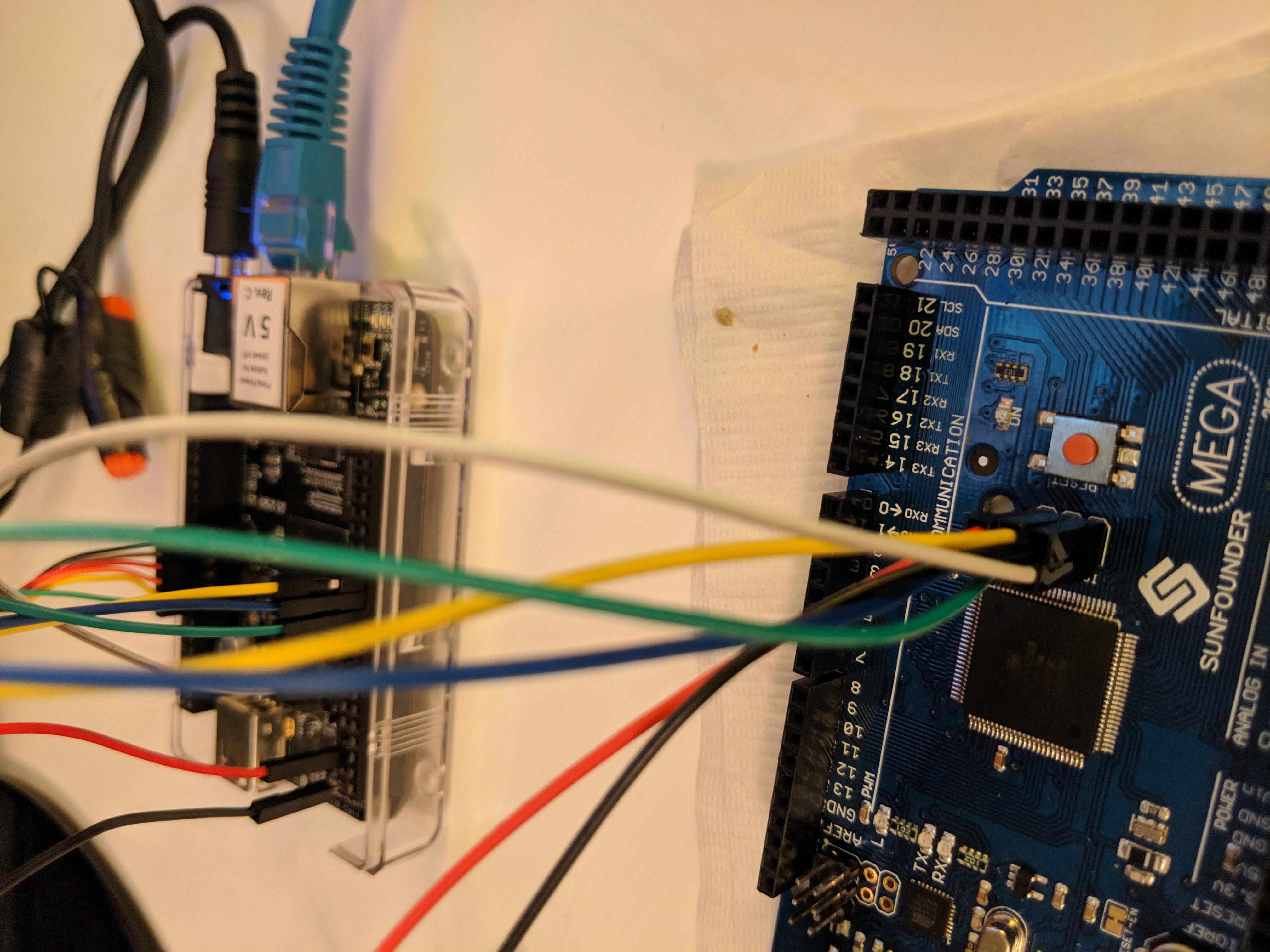 From your picture, that’s the P8 header…

HAH, wow it has been a long day. It must be time for me to put this aside for a bit… WOW. Sometimes I amaze myself.

Thanks and sorry that my goof has taken up a small bit of ya’lls valuable time.

Until my next stupid question…

Actually, one more question before I go cry myself to sleep…

Considering I will want to make similar connections on P8 in the future… can I use a device like this to isolate the boot pins at boot?

In principle yes, but given that you won't need that many bits and that the BBB pins

are relatively weak drivers and the ground connections on the BBB are a joke, I prefer

Has anybody tested out what it takes to isolate that 16 bit multiplexed bus?