I am developing a custom Beaglebone image which I want to deploy on to many other Beaglebones. The easiest way of doing that is using the beaglebone-black-make-microSD-flasher-from-eMMC.sh script provided with every Beaglebone.
That has also worked fine so far until I started deleting /boot/initrd.img-4.19.94-ti-r*.
I need my Beaglebone to boot as fast as possible and I have found out, that by removing the initrd.img-4.19.94-ti-r* file, the boot time is reduced by over 10 seconds.
@RobertCNelson has also stated, that this file is not necessarily needed (If I understood that correctly)

I spent some time this weekend trying to reduce the boot times for my pocketbeagle based things. A few things I discovered: 1) The existence of an initrd in /boot adds 19 seconds to the boot. This is seen in the dmesg logs where the "EXT4-fs (mmcblk0p1): mounted filesystem" line is at the 20 second mark instead of the 1.1 second mark. No idea why, but since the initrd isn't needed with the ext4 roots, just deleting it is huge. Too bad update_kernel creates it. This is only needed …

Because the shell script creating the micro sd flasher also creates the initrd file, I have written a script, that removes the file if it is present.
But now if I flash a SD card with my image, the first beaglebone I want to overwrite, is flashed successfully. But the second one, won’t flash anymore. (Error: We don’t know how to reset the leds as we are not a BBB compatible device)

Why does the script think, that it isn’t a Beaglebone anymore?

Why does it work the first time, but fail the times after? The micro SD shouln’t be edited, when flashing a Beaglebone or am I wrong? I am confused.

Flasher needs the initrd, please submit patches to work around issues without it…

side note, fixing things so this workaround isn’t needed:

Speed of booting a BBB has been a grumble of mine for quite some time.

Compared to a Pi4 which granted has more cores but this big a difference?

Well RPI has a Full time Kernel Developers and Staff…

@RobertCNelson They aren’t that good at it!

For a project a few years ago my colleagues in the UK couldn’t get the boot time lower than about 16 seconds IIRC. We needed the Hydrogen powered vehicle CAN messages from the moment the ignition key applied power to the system. So I designed a PIC32 to read, timestamp, store and then upload to the PiZeroW when it was finally awake. Included in the messages to the Pi were also GPS which gave the Pi the correct TOD.

In the photo below the PIC32 is underneath the PizeroW. Beside it Cell Modem and GPS. 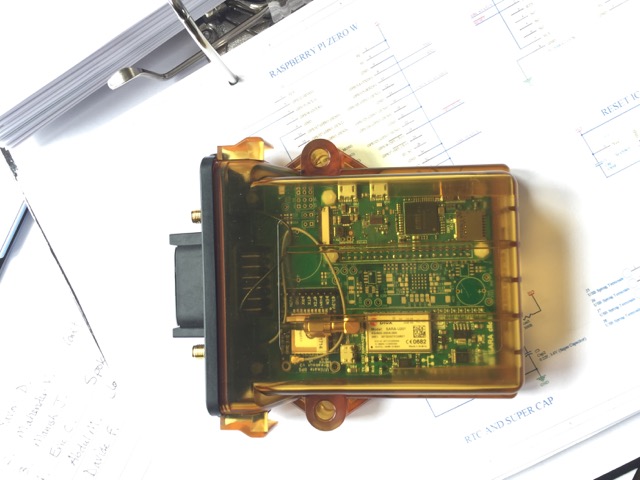 My Panasonic BlueRay Player also runs with Linux under the covers. Very annoying to power it up and have to wait almost 20 seconds before it responds to the drawer open button.

This file has been truncated. show original

So in Bullseye, with v5.6.+ kernels, just nuke haveaged: then userspace bootup gains another 10 seconds: