In his book “Exploring BeagleBone”, Derek Molloy provides example of executing of the source code that built on host machine using cross toolchain. For that QEMU emulator must be installed on host machine.

In terminal it works fine when a source is built with -static option:

But in Eclipse it doesn’t work although I added -static in cross-compiler options. 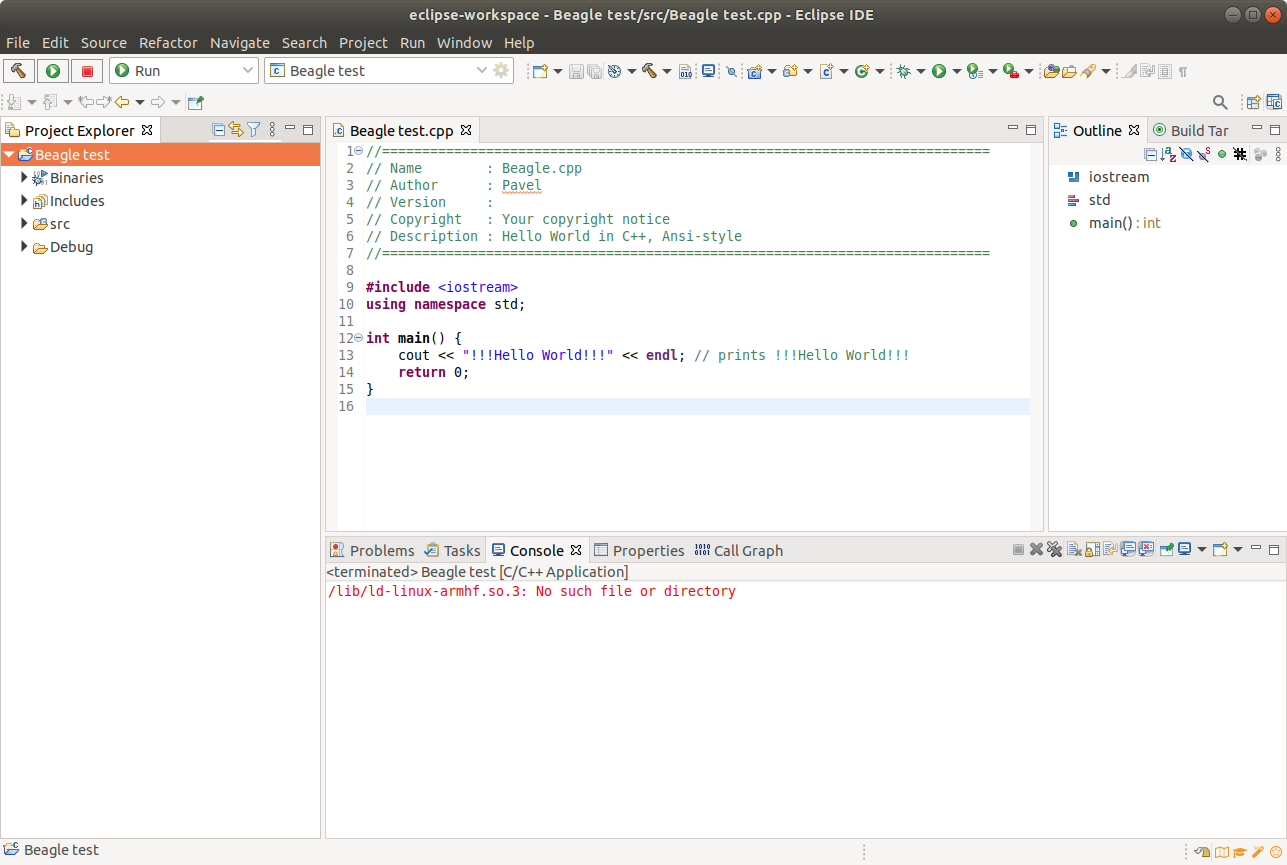 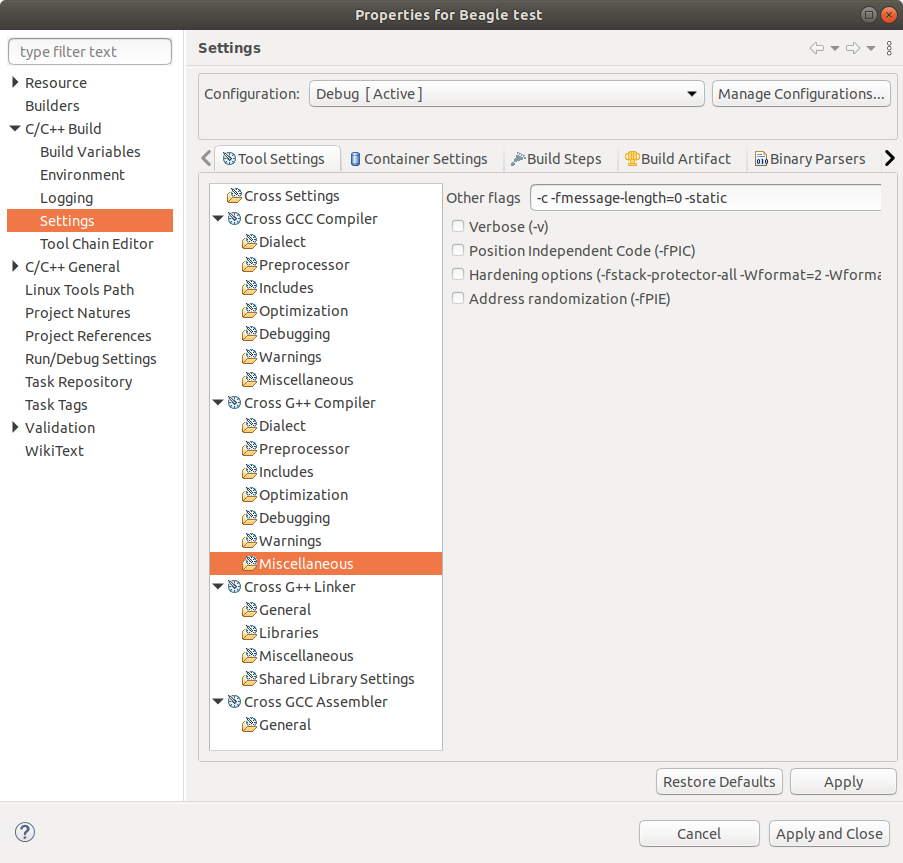 For some reason the images didn’t show up in mail…

/lib/ld-linux-armhf.so.3: No such file or directory

Look at the response by Brendan Lynskey regarding adding the following in your “~/.bashrc”
export QEMU_LD_PREFIX=/usr/arm-linux-gnueabihf

You could do this on the command line as well but it will not be persistent between logins.

Sorry, I see you already solved this and the link I provided was for the Pi and BB.
There is a message fairly recently at the BB version of the book regarding this issue:
http://exploringbeaglebone.com/chapter7/