How do I get an ARM C++ compiler for Eclipse on Windows (Derek Malloy Video)?

For the first fifteen minutes, he goes through how to setup Eclipse and some plugins to connect to Beaglebone. Around 16:40, he installs a C++ compiler for ARM, on Ubuntu. I don’t know what to do there because I don’t know of any immediate Windows way I could install that ARM compiler (gcc-4.4-arm-linux-gnueabi). He then goes on in the video to change the settings to use this ARM compiler, so I can’t really follow him anymore.

Does anyone have an idea of how I could continue following this video, despite running this on a PC? Or do I have no choice, but to work on Linux (I don’t have Ubuntu installed yet on this laptop I am using now and would rather not go through the hassle, if I can avoid it).

Thanks in advance for any help and Happy Holidays!

Perhaps you could try to install Cygwin with an ARM cross compiler.

Or search the TI website for a cross compiler

I think I want to try the Cygwin way because I have at least a little experience using it. After some Googling, I found this document with all the steps needed: http://www.add.ece.ufl.edu/4924/docs/arm/ARM%20Code%20Development%20in%20Windows.pdf

For anyone who is curious, I followed through with the steps in this guide and got everything up and running and was able to continue with Malloy’s video. Some things to note: 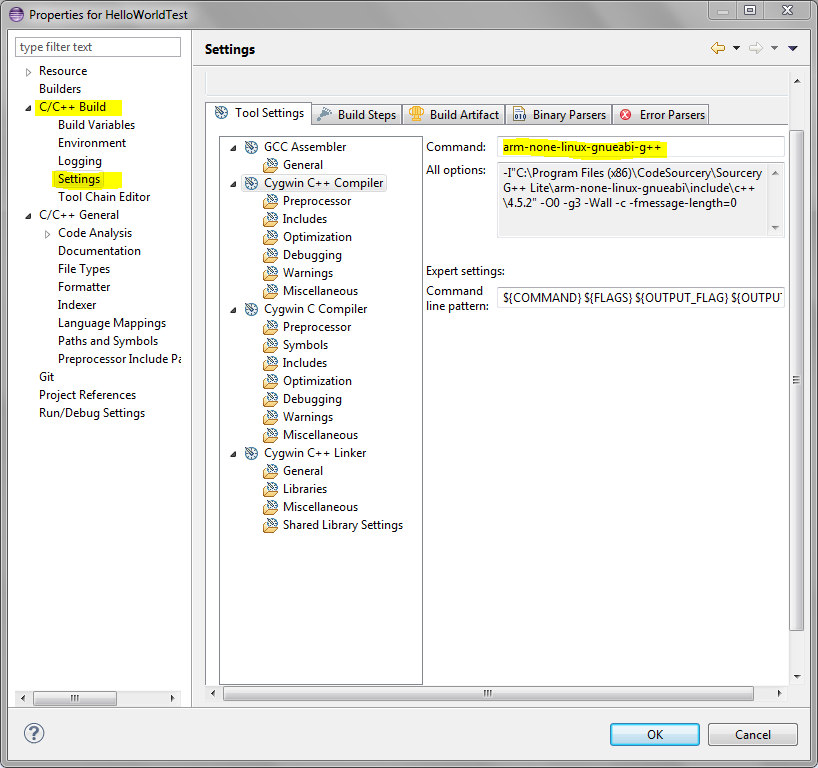 Likewise, when he goes to change the include paths, when he uses /usr/arm-linux-gnueabi/ instead use the path of Sourcery (shown below). 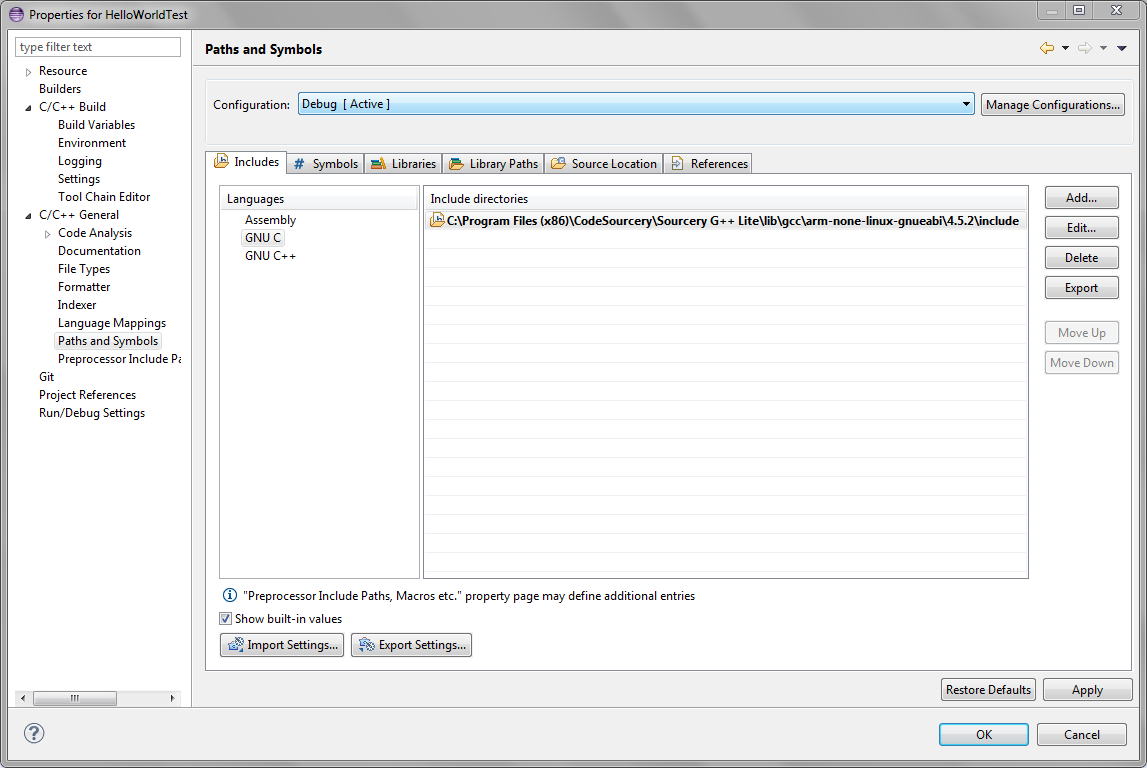 Everything else is more or less the same and I was able to get the C++ code working to make my user LED blink ten times!

The part where I’m now stuck on is when he tries to remotely debug the BBB from his local machine using a tool from Ubuntu called gdb-multiarch (around 35:20). I am now going to see if there is a similar tool for this on Windows (but if you guys know about it or can find it faster, please post here!).

Does a compiled program run on the target?
With some compilers I had problems with dynamic libraries on the BBB. I suppose this was related to hard/soft floating point.

Yes, the compiled program ran on the target device (my BBB).

Guys . . . There are Windows binaries for the LInaro gcc toolchain, and yes they work. I wrote up a quick rundown of a simple setup here: http://forum.beaglefu.com/topic/82-codeblocks-linaro-for-windows-quick-rundown/?hl=linaro (like 6-7 months ago ).

The thing is, you really need to understand how gcc toolchains work, and then how your IDE of choice works. Once you learn this, what you’re experiencing here is no longer a problem, and in fact is information that can be used in the future for diffferent toolchain situations.

most of the questions you guys have can be answered by using google, and reading everything you come across . . .