Is Beagleboard X15 a good choice for an industrial project?

The Raspberry pi is limited in input and outputs.
So thats why i came to BeagleBoard X15.

Is this a goof choice for this project?

Can you please guide me?

Yeah, I think the BB-X15 is pretty new, so projects will be forthcoming.

I hope to attend the ELC this year and see if there are any more example applications/projects out there for this board.

Our company is using the BB-X15/ am572xEVM as a development board for an industrial project. We’re currently developing a custom hardware board featuring the same chip/SOC, the TI Sitara am5728. Our board does data acquisition and has a .Net application running over mono-runtime. We’re using USB 3.0, several UART’s, Ethernet, and adding WiFI.

I bought a BB-X15 for home use/taking work home, and HOPE to start a software defined radio/software defined network project for it. If so, I THINK that kind of a project could exploit much of the functionality on the board…

The BB-X15 has been invaluable for testing our application at work running in Debian Linux images available from beagleboard.org. We’ve barely scratched the surface in terms of utilizing all of the available functionality on board, in that we’re only using the A15’s and eventually the PRU’s.

I think one of the things that would help with adoption of this board is availability of some kind of a breakout boards for the expansion headers, so that the I/O can be more easily accessed. I understand that beagleboard.org already has a design for this breakout board, and they will update us when there’s new news on that front.

We contracted a fab house to make, simple breakout boards, each of which mate up with one of the 4, 60-pin expansion headers on the BB-X15. They’re fairly simple, single layer boards which breakout 30/60 signals on each header. Thus far we’ve been using it to break out such things as UART and GPIO signals. Granted, you can buy the mating hirose connector and solder wires to it. I attempted to attach a photo of our BB-X15 with the breakout board’s attached.

Another thing that takes some getting used to which is different than BBB, is TI advises (due to a glitch) configuration of the PINMUX when the processor is in isolation mode (e.g. when u-boot-SPL is running). Configuration of the pinmux (except for the MMC) in the device tree can cause a glitch which is referenced in TI’s errata for the 5728. For some of my testing, I go ahead and configure/re-configure the pinmux in the device tree anyway. This glitch hasn’t caused me any grief thus far, but I think it’s probably important to understand the implications of glitch for your application. I haven’t noticed the glitch thus far, but maybe others can characterize it for us… I hope TI either fixes this glitch or someone comes up with a driver (for instance) which allows glitchless device tree pinmux configuration or from a run-time application like config-pin on the BBB. 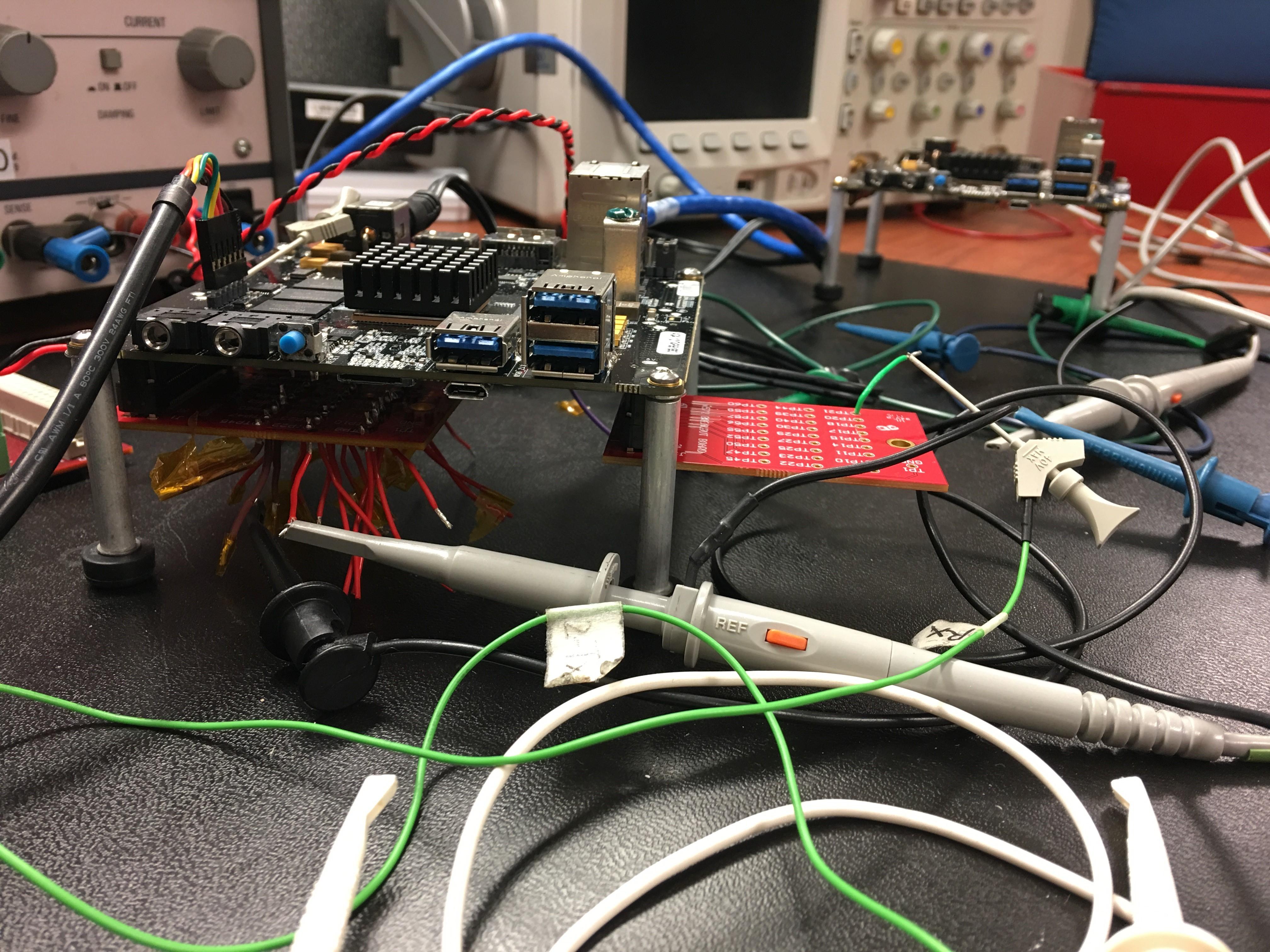