Before I start reminiscing about CAN here are the latest results. The photo shows the now modified Click board to put the CAN_Tx and CAN_Rx to the right place.

I don’t know if it was needed but I also did the following.

The other beagle showed the same. Data was sent with the RM CANview USB. Small 3 node network. One of my smaller ones I guess…

Been playing with CAN from 1992 when there weren’t even proper CAN bus driver chips yet.

This was my biggest.

Over 1500 nodes running at 500kbps. Port and Starboard sides of the barge that they sat on were each run with a Motorola 9S12 module I whipped up. It has 5 CAN channels for 5 rings plus what we called the black ring in the center top to simulate a black ring at night. Didn’t work well. Airy disk effect screwed that up.

Anyway, board also had 6 relay drivers to enable power to each ring and a dry contact sense to double check relay operation. Plus an FTDI USB interface chip which is how it was controlled from the WIN-XP Delphi software.

Designed in the fall of 2009 in a week as a 4 layer board, hand assembled a week later and put into production for November. I still have the original. Other than one tweak now almost 12 years later I’m waiting for a new prototype that has the FTDI chip replaced with a newer one that doesn’t need a crystal or external EEROM. If that works as expected I’ll order another 100.

The product now called a xMU series has been in use for other multiple CAN bus type systems for the last 10 years. It’s so old. An upgraded M6800 interface with 16 bit operations. Paged memory (512K flash but 64K memory map). Co-operative Threading multi-tasking software with both CANopen support, J1939 and custom protocol support for other CAN devices.

I have been doing some experiments with the TI LaunchPad F28379D. Not a Beagle but does have two processors and it looks like two PRUs. But wouldn’t run Linux.

Not enough hours in a day. 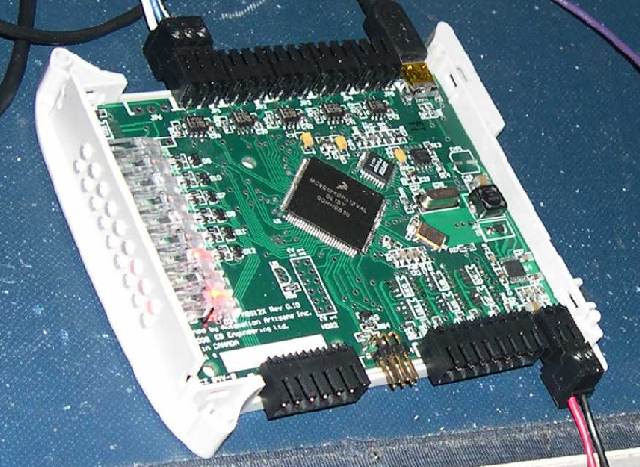