I have installed audio codecs on ubuntu, music will paly, but no sound from monitor!!! 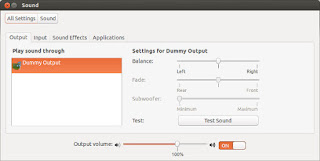 What is the “Dummy Output”?

How can I use a correct sound driver for my BBB?

Is it because of the audio is over HDMI?

I was using debian and lxde ui, sound was working correctly!

Can anyone help me?

Not sure what you've been smoking...

I do recall someone cough saying about a year or more ago. That Ubuntu 12.04 was a pain in the backside to maintain, and hence would likely be unsupported in the future . . .

One guess whom I remember saying that ?

Use the default image..