If a Debian BBBW or BBBGW has wlan0 connected to a wifi router via connmanctl, how does one go about sharing that internet connection with a device connected via usb0 or usb1?

To be clear, the debian computer i use only has usb ports for io, so i want to get internet access with just it’s usb connectivity to a BBBW that is connected to the internet. I can ssh to the bbbw via the usb1 network on 192.168.6.*

I tried messing with IP tables on the BBBW to no avail, and every search for this leads to results solving the opposite problem

I used BeagleBoard.org Debian Image 2019-03-17 and by default the forward between two networks is active for ipv4: 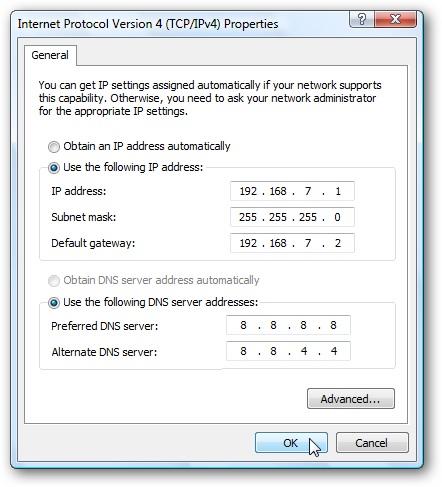 It’s an example on Windows 7.

I am using a debian linux laptop. Doing ip route add default via 192.168.7.2 works for about 30 seconds before that route is kicked off the route list.

Is there dhcp settings on the bbbw that’s causing it to reset the default gateway of my laptop?

Not if you use a static ip address on your linux laptop! The dhcp on the bbbw can’t change your network settings on your laptop.
If you have only 30secs, it’s probably because you have a network software on your laptop who stop the connection with bbbw.