This thread will serve as a place to follow along with the Running Machine Learning Models on Bela GSoC 2022 project.

This project aims to develop performance analysis tooling for Bela, this will eventually include profiling and benchmarking. For the first few weeks the focus has been on setting up a developer workflow to be able to translate high-level models (PyTorch, TFLite) to the Bela platform. The initial investigations have been involving the Intermediate Representation Execution Environment from Google (GitHub - iree-org/iree: 👻). The IREE project uses MLIR (https://mlir.llvm.org/) to build an ML compiler and runtime environment for heterogeneous hardware. This tool was chosen for evaluation due to it’s flexible nature (able to provide support for both the BBB and newer archs like BBAI64 & it’s accelerators) and support for various high-level frontends. It also has support for benchmarking using google benchmark and profiling using the Tracy profiler. The IREE runtime will be compared to other approaches so far attempted on the Bela, namely the DeepLearningForBela project, GitHub - rodrigodzf/DeepLearningForBela.

The first few weeks were used to setup a toolchain for building ML models on Bela using libtorch, TFLite and IREE, with the goal of comparing the different options.

Current task being worked on: Running ‘iree-benchmark-module’ with test MLP model on Bela. Planning on making a decision next Wednesday the 13th on whether or not to pursue IREE support.

Current task: Writing IREEFrontend class to be used for benchmarking in DeepLearningForBela project.

This task will be done by Wednesday July 13th to allow for the comparing of benchmarks between IREE and other approaches.

Updated TODO for the week, in order of priority:

Took a couple days off so not many updates this week.

Example of Tracy being used on Bela: 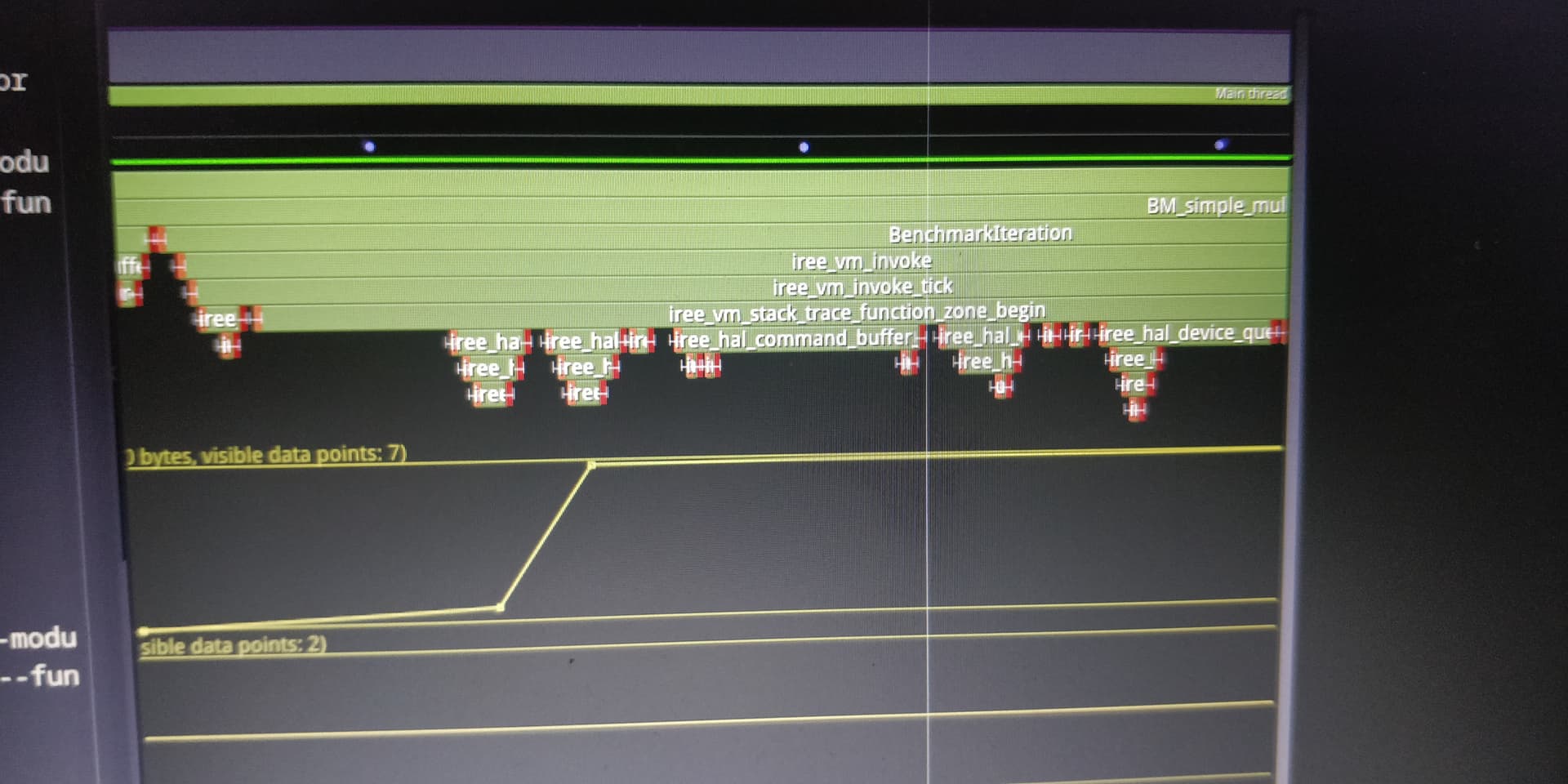 Back from vacation this week, the deadline for this project has been extended to September 26th. The following three weeks will be focused on documentation, organization and demos of the different IREE & ML tools set up during this project. With the final deliverable allowing people to benchmark and record profiles of their ML workloads on Bela/BBB. I will also be updating a dashboard for current model benchmarks on the BBB.